The New Way To Heat and Cool Your Home

It’s no longer considered a luxury to heat and cool a home with an HVAC system. These “modern” comforts are what many feel they cannot live without, and many literally can’t. Unfortunately, the cost of staying comfortable year round regardless of weather can be quite high if it is approached in a conventional fashion. If you own an HVAC system then you know how expensive it can be to keep your home warm during extremely cold months and cool during the hottest times of the year.

Geothermal heating proposes to drastically decrease these costs, with a few extra bonuses added to the equation.

Geothermal heating pumps work through utilizing the temperature of the earth, hence the name. Heat is stored beneath the earth’s surface in the colder seasons, and in warmer season’s, the earth’s “below ground” temperature is colder. It is this occurrence that makes geothermal heating possible. Water filled polyethylene pipes are installed underground. In the winter, the water in these pipes warm up your home by absorbing heat from the earth and carrying it indoors. Inversely, when you switch to cool your home in the summer, the water absorbs heat from indoors and carries it out to be dispersed into the earth. 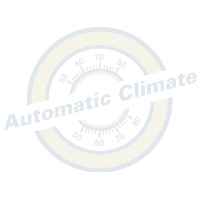 Four pipe systems exist, each one intended for a specific and unique scenario regarding the space you have available for the geothermal system and what the lay of the land is. The four systems include:

Open and pond loops both require that the property have water. With open loops, one pipe is sunk into a well that requires an underground water flow of between 3 to 5 gallons per minute. Another pipe runs away from the house in a different direction. A 2000 m2 body of water near enough to the house is necessary for the functioning of a pond loop, and in this case, the system will end in a piping construct resembling a figure eight, located at the bottom of the pond or lake. Horizontal loops run close to the surface, usually in an L-shape, whereas vertical loop systems run for a short distance from the house and then extend downward. The reason why these piping systems are referred to as “loops” is because at the end, the piping turns back on itself in a type of u-bend so that two pipes run parallel to each other, except in the case of the open loop.

Electric bills can vary depending on where you live. On average, heating or cooling can comprise between 15% to 20% of our bill. In more extreme temperatures or during midwinter or midsummer, this percentage can skyrocket to as much as 50% to 60%. These costs can take a rather big chunk out of your budget. As an alternative, geothermal heating can remedy the situation rather effectively. Installation can set you back anywhere between $20,000 to $25,000. This seems like a massive amount to dish out, but luckily most geothermal heating companies allow you to pay the amount off in installments, which makes it more affordable considering that you will no longer be paying for temperature control as part of your usual electric bill. In certain instances, you might even be able to claim a tax credit on your tax return due to a geothermal system being used in your home. Depending on where you live, it can take between 2 to 6 years to see a turnaround on your investment when switching from electric heating. With oil heating, the turnaround happens between 3 to 8 years after changing your temperature control system. With natural gas, it can take as long as 12 to 13 years. Note that, being a permanent fixture, you would need a permanent residence to financially benefit from this system.

Geothermal is an alternative method of temperature control that has been gaining in popularity since it replaces a part of your conventional electricity use. Regular electricity is generated by power stations that burn fossil fuels or coal. Geothermal technology is a much more environmentally friendly system that heats and cools your home efficiently.

Not sure about buying a Geothermal HVAC system?

If you answer “yes” to these questions, geothermal heating is the best option for you.

Geothermal heating is at the forefront of home temperature control. Not only is it becoming more affordable, it shows a return on your investment and also radically reduces your carbon footprint. Installation is done by trained professionals and the system will remain functional and intact for decades to come. It is understandable why this advanced method of heating and cooling your home is growing more wide spread and acquiring a considerably positive reputation.

Automatic Climate is a Richmond-based, family-owned and operated company that has served Central Virginia since 1983. We hire personable and competent, NATE certified service technicians and provide regular training to all our staff, so you receive the best service possible. Call us today at (804) 276-5127 to set up an appointment, share a success story with us or help us continue to improve our service.

It’s very rare that we need to come back and fix a problem. But, if any part we repair doesn’t work or breaks, we’ll come back and replace the part free of charge for one year.

That’s our commitment to you.

Available When You Are

Automatic Climate is proud to be the highest rated by our Customers on sites such as Google, Angie’s List & The BBB. We've won the Angie's List Super Service award in all HVAC related categories since 2010.
Have a Question? Contact Automatic Climate:
Service@AutomaticClimate.com

12 MONTHS NO INTEREST
WITH PAYMENTS